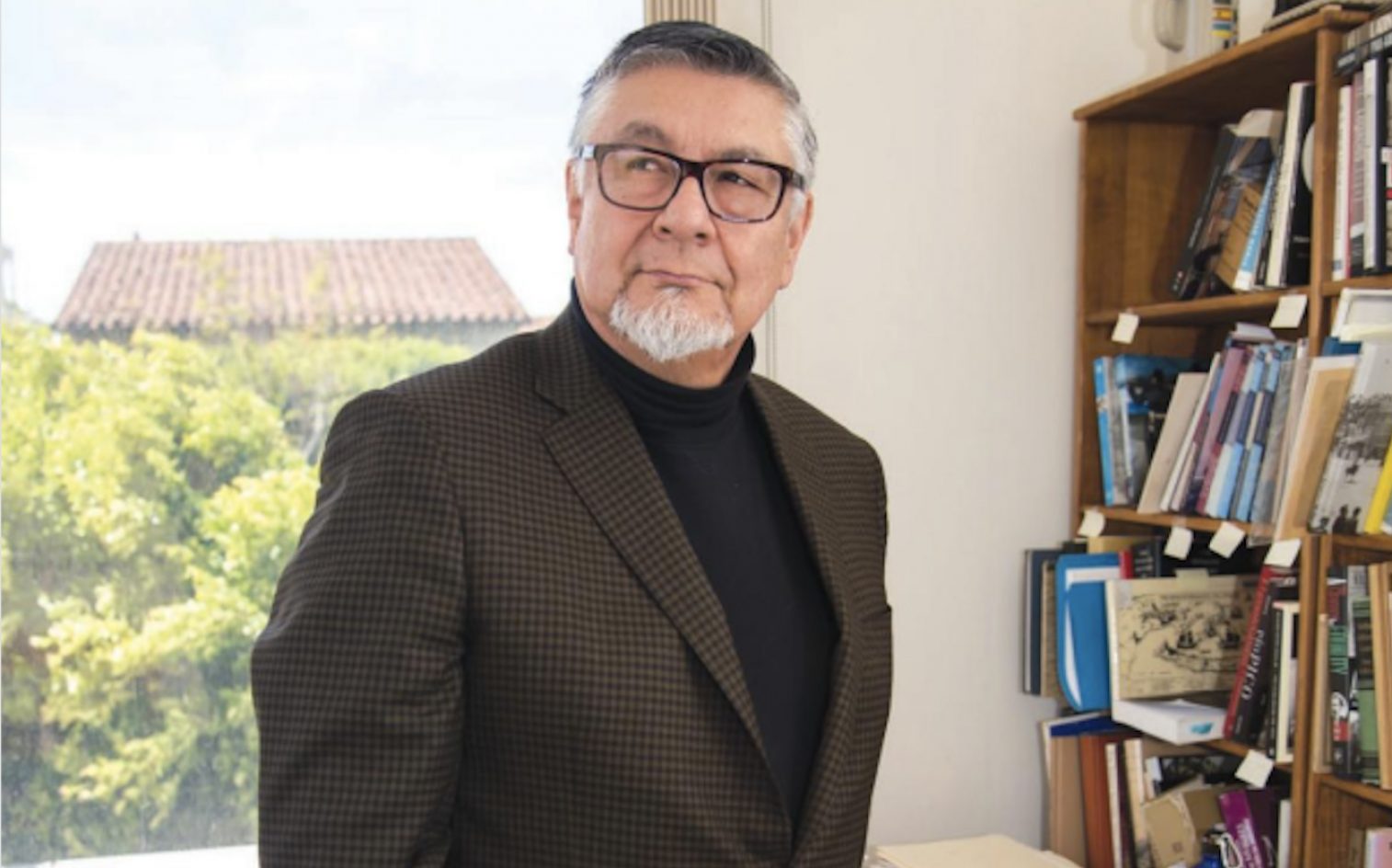 David Hayes-Bautista, PhD, is director of the Center for the Study of Latino Health and Culture at UCLA, committed to improving access to health care and reducing health disparities in vulnerable communities.

As a professor in public health and medicine, Hayes-Bautista often lectures students who aspire to work in health care. It was at one of these events that he inspired a medical student who would later become Dr. Margarita Loeza, one of Venice Family Clinic’s longest-serving physicians at nearly 20 years. Hayes-Bautista’s emphasis on embracing one’s Latinx heritage and using it to help others was motivating in a way Loeza had never heard before.

For her and others at the Clinic, who care for our patient population which is largely Hispanic, this kind of dedication to a population in need is uplifting. And for that, we have named Hayes-Bautista to Venice Family Clinic’s Visionaries list in honor of our 50th anniversary.

It took years of being in the trenches for Hayes-Bautista to understand his calling. First as a community organizer and then as the founding executive director of La Clinica de la Raza in the Fruitvale neighborhood of Oakland, California, Hayes-Bautista found that not only were the area’s residents underserved but there was also a lack of relevant health information on this population.

“Before you build anything, you need to know the terrain, and what had been written about Latino health was misleading,” said Hayes-Bautista, who had just graduated from UC Berkeley in 1970 when he helped found La Clinica “So I went to graduate school to study medical sociology to learn what I needed to know so I could run the clinic better.”

He grew more frustrated with the lack of health data on Latinx people, especially as he continued to lead the clinic. What he saw there didn’t jibe with what academics were saying.

“The literature concluded that Latinos didn’t show up for their medical appointments because they didn’t care or they had the ‘wrong’ culture,” he said. “So I took one of my professors to the clinic and showed her the lines of people waiting to get in. I ended up publishing my first paper with her called ‘A Myth Destroyed: Chicanos Care About Health,’ which challenged prevailing notions about how Latinos thought about their health and health care. If your approach is, ‘these people don’t care,’ you’ll do things one way; and if you think they do care, you’ll do things another way.”

With a growing motivation to help more people beyond his clinic, Hayes-Bautista left health care administration to focus on Latinx health research.

Health for a growing population

In 1988, he published his first book, “The Burden of Support: Young Latinos in an Aging Society,” which was the first academic book to project that California would be 42.5% Latinx by 2030. According to the U.S. Census Bureau, the state is currently about 39% Latinx.

He has focused much of his work on what he calls the Latino Epidemiological Paradox, in which the U.S. Latinx population has fared better than people of other races in almost every health category, despite having fewer resources.

“A population with lower access should have higher death rates, but this is not the case with Latinos,” Hayes-Bautista said. “For Latinos, all causes of death, except for diabetes, are 30% lower than other populations. This is just the opposite of what the models say should happen.”

Hayes-Bautista realizes that there is still much to learn about the Latinx population, especially as it pertains to writing relevant health policy to meet their needs. This is particularly important today, with the COVID-19 pandemic heavily affecting minorities, many of whom work in essential businesses that have remained open since the start of safer at home orders.

“That’s why Latinos are getting COVID-19, because they work in those jobs. It’s not because they’re obese or have diabetes,” he said. “They live densely because housing is expensive, and they’re mostly low wage earners. With increased exposure in these jobs, they’re at higher risk for getting COVID-19 and spreading it to other members of their family.

“How you frame [an issue] will direct what you do with policy, and that is too often based on stereotypes and misperceptions. Let’s look at the data – then we can start to create policies and services that address people’s true needs.”