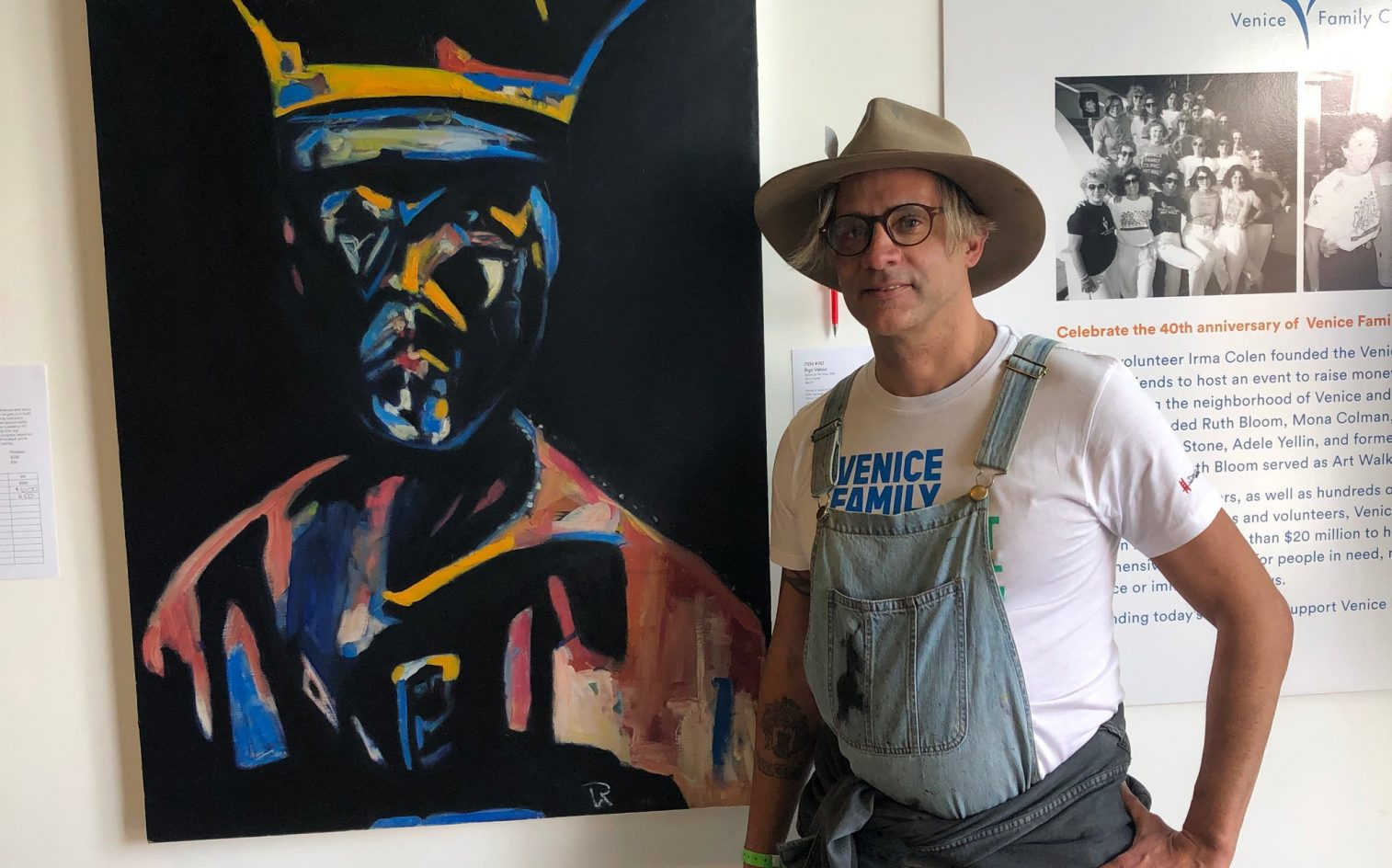 Originally published in the The New York Times on Saturday, May 20, 2019.

Last year we published a visual story about homelessness in Los Angeles, which showed the stark divide between rich and poor in the city. One of the people we met was Rigo Veloso, who had been living in a tent behind the Malibu Library and contemplating suicide. Under a city program, he moved into an apartment on the grounds of a ranch in Malibu’s hills, which allowed him a roof and a place to paint.

On Sunday, we caught up with Mr. Veloso, who was exhibiting his artwork at the Venice Art Walk, which has been going on for 40 years and is a fund-raiser put on by the Venice Family Clinic, a nonprofit that helps the homeless with medical care.

Mr. Veloso had donated one of his artworks to the auction, a painting of Barack Obama in a king’s crown (at midday bidding was up to $850). “He’s my king,” Mr. Veloso said. “I love him.”

Mr. Veloso is still in his apartment in Malibu, he is painting every day, and he had business cards to hand out. He even helped fight the wildfire that convulsed Malibu last fall.