A wave of overdoses is hitting an already vulnerable population 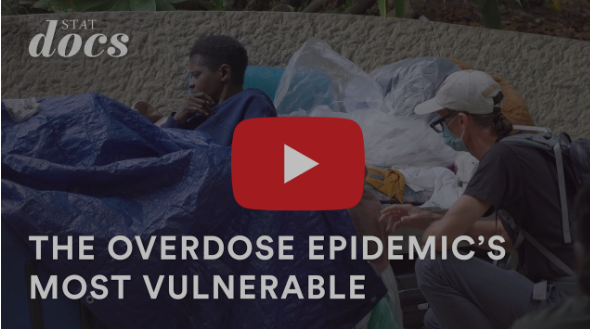 Francesca Coleman, known to friends as “St. Louis,” has been unhoused since the age of 15. Now 24, Coleman sleeps in Tongva park, across from the famous Santa Monica Pier in California. Like many unhoused people in the Los Angeles area, Coleman uses meth in an attempt to ease chronic pain, anxiety, and depression.

On a Wednesday morning in July, physician Coley King checked in with Coleman in Tongva Park. King practices street medicine, which means the majority of his patients are unhoused, and Coleman is one of his patients. A routine part of King’s rounds is warning drug users about fentanyl, which has been increasingly tainting other street drugs, and has been a major factor in the U.S.’s accelerating overdose rate.

During their visit, King spoke about fentanyl with Coleman, who is intimately familiar with how deadly it can be, having lost five close friends and family members to fentanyl overdose. Coleman regularly uses test strips to check meth before use, but had run out on the day of their meeting. King promised to bring more.

Experts say the U.S. is in the “fourth wave” of the overdose epidemic and unhoused people, who have high rates of drug use and little access to quality health care, have been hit particularly hard. As overdose rates have increased, rates of homelessness have increased as well.

“They’re just so many more folks out there,” said King. “That’s the main observation that I’ve seen, there’s so many more homeless folks and they are so much more apparently suffering from addiction. It’s so much more overt in my mind.”

In this video, STAT rides along with King in his street medicine outreach van in Santa Monica to document how the “fourth wave” is impacting unhoused populations in the area.