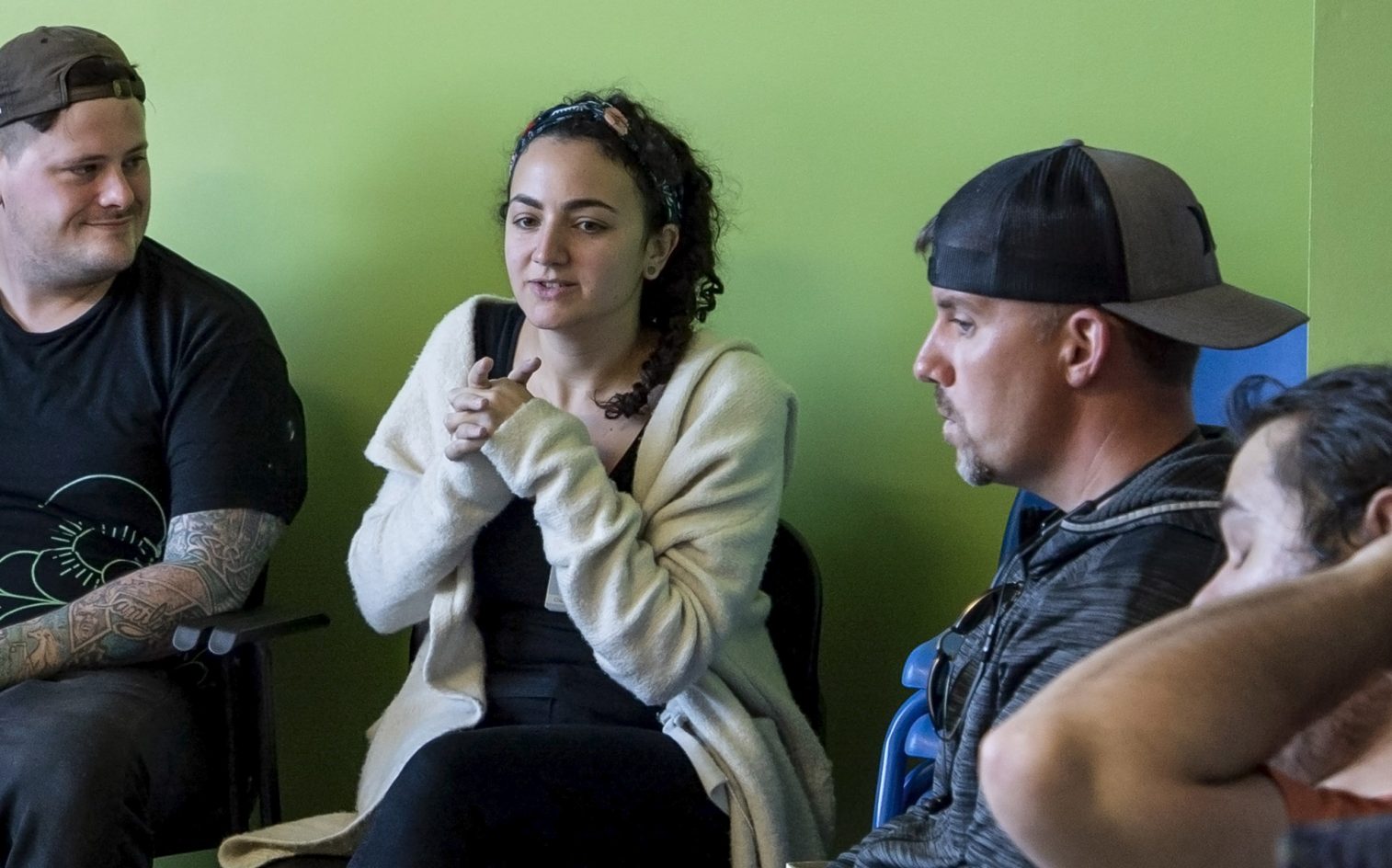 For almost 20 years, Heather Edney used drugs. She started with pills and alcohol, then moved on to crack and heroin, and later, meth. Over the course of her substance use, Edney overdosed close to 20 times and watched many of her friends die – too many to count.

Luckily Edney’s story doesn’t end there. Inspired by the many young people around her who were struggling with addiction, Edney decided to do something to help.

She wanted to take a different approach from the abstinence-only drug treatment programs that she often found to be more judgmental than helpful. So in the early 1990s, when she was a student at the University of California, Santa Cruz, Edney started one of the first needle exchange programs in the United States to help prevent injection drug users from getting HIV.

A few years later, Edney was invited to join the Harm Reduction Coalition, a working group of needle exchange providers, advocates and drug users that operated under a philosophy that accepts drug use as a part of some people’s lives and aims to keep them safe by meeting them where they are.

That philosophy – harm reduction – is the approach behind Venice Family Clinic’s substance use treatment program, which helps people manage their addiction, without judgment, no matter where they are in their recovery. Dr. Karen Lamp, associate medical director at the Clinic, developed the Substance Use, Motivation and Medication Integrated Treatment (SUMMIT) program as part of a team of clinicians and researchers.

“Studies show that addressing substance use has a significant impact on health outcomes,” Lamp said. “We had been screening for substance use for a long time, but we had been referring our patients to outside agencies. Having a substance use treatment program that was integrated with primary care and following a harm reduction approach was compatible with our mission and would help our community.”

For their work in helping people live longer, healthier lives, and having the vision to work with a community with unique needs in an effective and culturally sensitive way, Lamp and Edney have been named two of Venice Family Clinic’s 50 Visionaries in honor of the Clinic’s 50th anniversary.

For much of the Clinic’s history, substance use treatment wasn’t offered on site. It wasn’t until the average person started becoming aware of the opioid epidemic that research and program funding became more available. In 2012 Venice Family Clinic, led by Lamp and Mimi Lind, the Clinic’s director of behavioral health and domestic violence services, teamed up with RAND to explore what it would take to treat substance use in a primary care setting.

“At the time, this approach was ahead of the curve, especially in Southern California where there weren’t many clinics doing this sort of thing,” Lamp said.

What emerged from this work was the Clinic’s SUMMIT program, which takes a unique approach rooted in trauma-informed care and harm reduction. Our providers offer medication assisted treatment (MAT) for people who want to reduce their use of opioids and alcohol, as well as substance-use-specific counseling, therapy, case management and support groups. Patients are free to choose to participate in either or both programs.

“Patients who do both programs do better, but some choose to do one and not the other. It’s a flexible model that meets patients where they’re at,” Lamp said. “And using neutral language like SUMMIT makes it more accessible, too.”

Lamp emphasized the importance of offering evidence-based treatments to patients, and harm reduction is one of them. She said that with opiate use, a patient-centered, nonjudgmental approach is proven to be more successful than abstinence programs, especially when combined with the use of buprenorphine in MAT.

“It really helps to strengthen the relationship between physicians and their patients,” she said. “It’s about trust. People feel badly when they relapse, but they know they can come back without shame, because we understand that relapse is part of the disease process. This helps people maintain, or gain, their recovery.”

Building this program was Lamp’s introduction to this patient population, which has turned into one she finds much satisfaction in treating.

“What surprised me the most about treating people with substance use disorder is how gratifying it is,” Lamp said. “You can make a difference for people that you don’t always see in the practice of medicine. It really transforms people’s lives.”

Making a difference has been Edney’s goal, too.

Having personal experience with substance use, its culture and its people, she knows what works and what doesn’t when it comes to effectively communicating potentially life-saving information.

Even back in Santa Cruz when she was just starting her life of advocacy, Edney knew how to talk to others like her. A group of individuals from the Santa Cruz Needle Exchange created the zine junkphood, a self-published magazine targeted toward young substance users filled with stories from their peers and information on how to stay safe while using. While drawing the ire of law enforcement, junkphood caught the attention of mainstream media, including CNN, and academics who wanted to include it in their curricula on ethnography and social media campaigns.

Today Edney, now sober, is director of communications and development for Homeless Health Care Los Angeles. Because of her expertise and lived experience, Edney was selected in 2013 to serve on the Substance Abuse and Mental Health Services Administration’s Opioid Overdose Prevention Working Group, which led to the first federal informational resource promoting overdose prevention. She also served for seven years on the board of directors for Common Ground, which became part of Venice Family Clinic in 2013. Common Ground offers a full range of services to prevent the spread of HIV, including syringe services and naloxone distribution, as well as education, counseling and treatment for people living with HIV.

“You do not have to be ashamed to be a drug user,” she said.