Patient finds hope, will to live at Clinic’s SUMMIT program 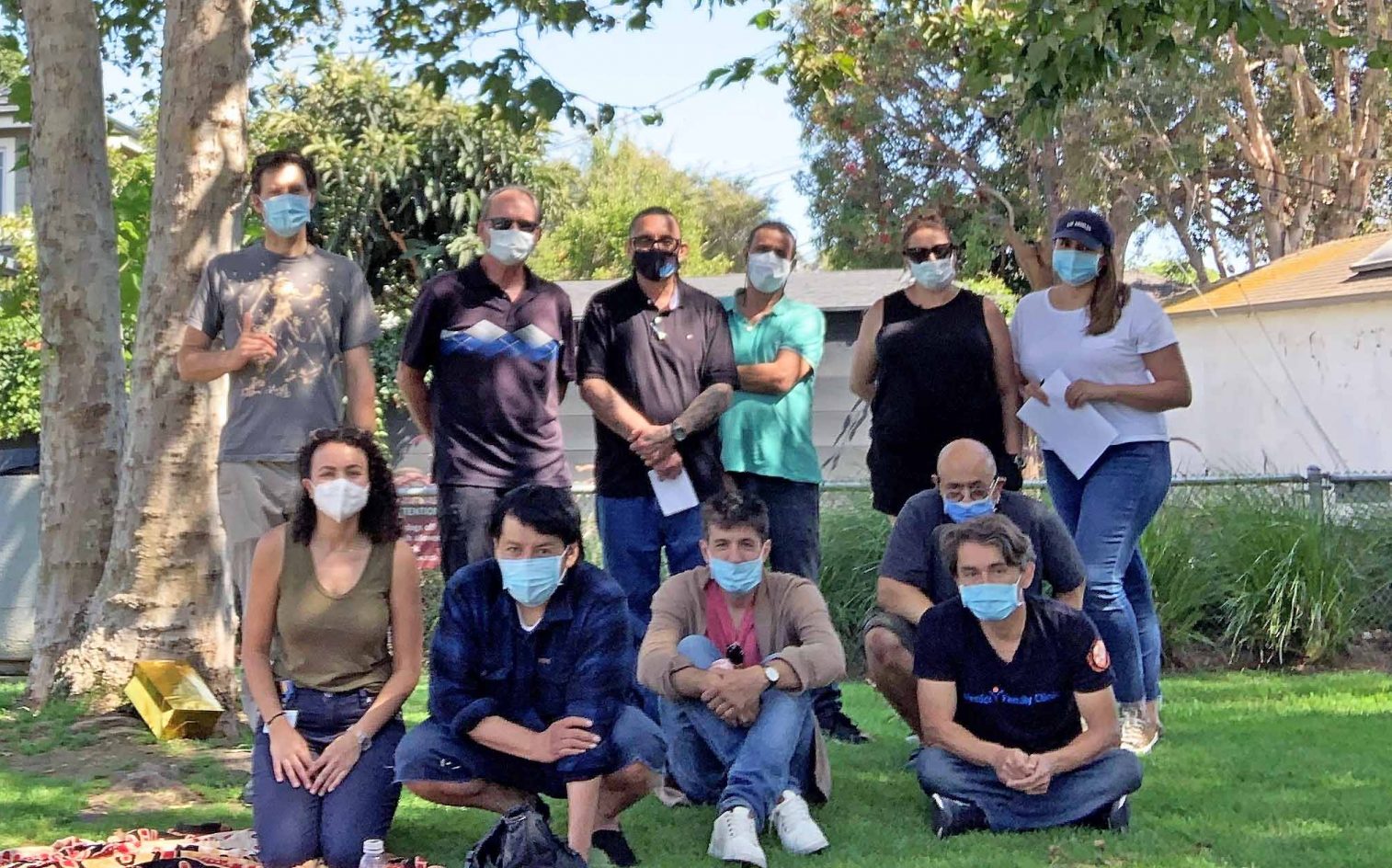 A year ago, Adam was at his lowest point. A lifetime of trauma had caught up with him, and he decided he didn’t want to go on. But a twist of fate brought him to Venice Family Clinic, where he finally found the support he needed – and hope for the future.

“You can have all the book smarts, but if you don’t have hope, it won’t matter,” Adam said. “Human connection makes the difference – it can help you heal. Substance users have trust issues. They’ve been told before that this or that program will help, and then they end up falling through the cracks. But SUMMIT doesn’t give up on people. They saved my life.”

Adam grew up in Central California. His father died when he was very young, and his mother was committed to a mental institution. He ended up in foster care, where he endured physical and sexual abuse before running away to live on his own at the age of 13. That’s when he started using substances.

“These were the hippie days. Experimenting with drugs was normal,” he said. “But pretty early on, I started to recognize that I was addicted.”

At age 15, Adam married. He and his spouse had a child, and Adam had some sober years, working as a carpenter, coaching his kid’s sports teams and volunteering in his community. But then his child died.

“That devastated me. After that, I wasn’t quite the same,” he said. “My marriage didn’t survive, and the trauma I had endured as a child came back, too. I couldn’t deal with the pain inside me. It was too much. I started doing harder drugs: heroin, cocaine, crack, meth.”

Adam would spend the next 20 years in and out of prison. The last time he was released, he was sent to rehab in Long Beach and it included an anti-recidivism program. He was so inspired by the program and the volunteers who ran it that he decided to take the same spiritual psychology course that they had taken.

Taking on too much

The course required Adam to deal with his prior trauma, which was exacerbated when two of his siblings died by suicide. In his second year in the program, he took over a nonprofit as part of his coursework. The organization, Freebird Foundation, helps incarcerated and formerly incarcerated people with re-entry into society.

“I wanted to help others like me,” Adam said. “But in taking on this big endeavor, I got overwhelmed, even if I didn’t want to admit it.”

He was able to finish the program and stay sober for a stretch of time, but the stress eventually got to him. So he sought solace in something familiar: substances. But eventually, he couldn’t take it anymore.

“I got enough opioid pills to kill an elephant. I was trying to commit suicide,” he said. “I was out of my mind, and I went outside and got hit by a truck. I ended up in the hospital, where they put me back together with two steel rods in my back. Ironically if I hadn’t gotten run over, I would have died.”

The hospital gave Adam opioids for his pain and recommended that he find a place that could provide a prescription for Suboxone, a common medication used to treat opioid addiction, to help him wean off them. Adam had heard good things about Venice Family Clinic over the years, so that’s where he went.

“From the first minute I saw the doctor, I knew the Clinic was incredible. I had never been treated with such dignity and understanding,” said Adam, who first came to the Clinic about a year ago. “That gave me enough hope to get through that day.”

Dr. Alexander Pappas connected Adam to the Clinic’s substance use program, SUMMIT, where he could receive medication to treat his substance use disorder, as well as counseling and community support in a welcoming environment. The SUMMIT program takes a harm reduction approach to treatment, meeting people wherever they are in their recovery without judgement. Pappas came up with a medical plan to manage Adam’s pain and addiction, and SUMMIT counselor Denise Salas and Clinic therapist Yoseline Bogna helped Adam address his mental health.

There have been bumps along the way: Adam has overdosed more than once after unknowingly taking fentanyl, and he has been arrested for driving under the influence. When he got out of jail the next day, there was a voicemail message waiting for him from SUMMIT staff checking in on him.

“Having the Clinic there was the sliver of hope I needed,” Adam said. “There were a couple of times where I didn’t know if I was going to make it, but the longer I stayed with SUMMIT, the more the hope grew. I had a lot of guilt and shame, but having that community was the difference in being able to keep going, get back on Suboxone and get my life back on track.”

One of the most impactful experiences Adam has had in the SUMMIT program has been the medication refill group, a group medical visit facilitated by a mental health professional and a medical doctor where patients can find support with each other as well as have their substance use medications refilled.

“The way that people showed up for me and let me deal with the pain inside me, they gave me a safe space. I didn’t have to be there every week, but I would go every week anyway. We built a community for each other. Some people are still using, some aren’t, and some are on their way. People who have been clean for years come to reach out to others. And everyone is welcome and treated with dignity. The fact that we have a doctor present every week – that doesn’t happen at other places. That’s how I knew the program was different.”

Today, Adam continues to run the Freebird Foundation, using some of what he has learned in the SUMMIT program to connect with the formerly incarcerated people he works with. He still attends refill groups regularly.

“Relapsing isn’t even a thought for me anymore,” Adam said. “SUMMIT will probably be a part of my life forever. It has been an inspiration to me.”