From imagination to reality: How the vision of two men led to a new medical home for Venice 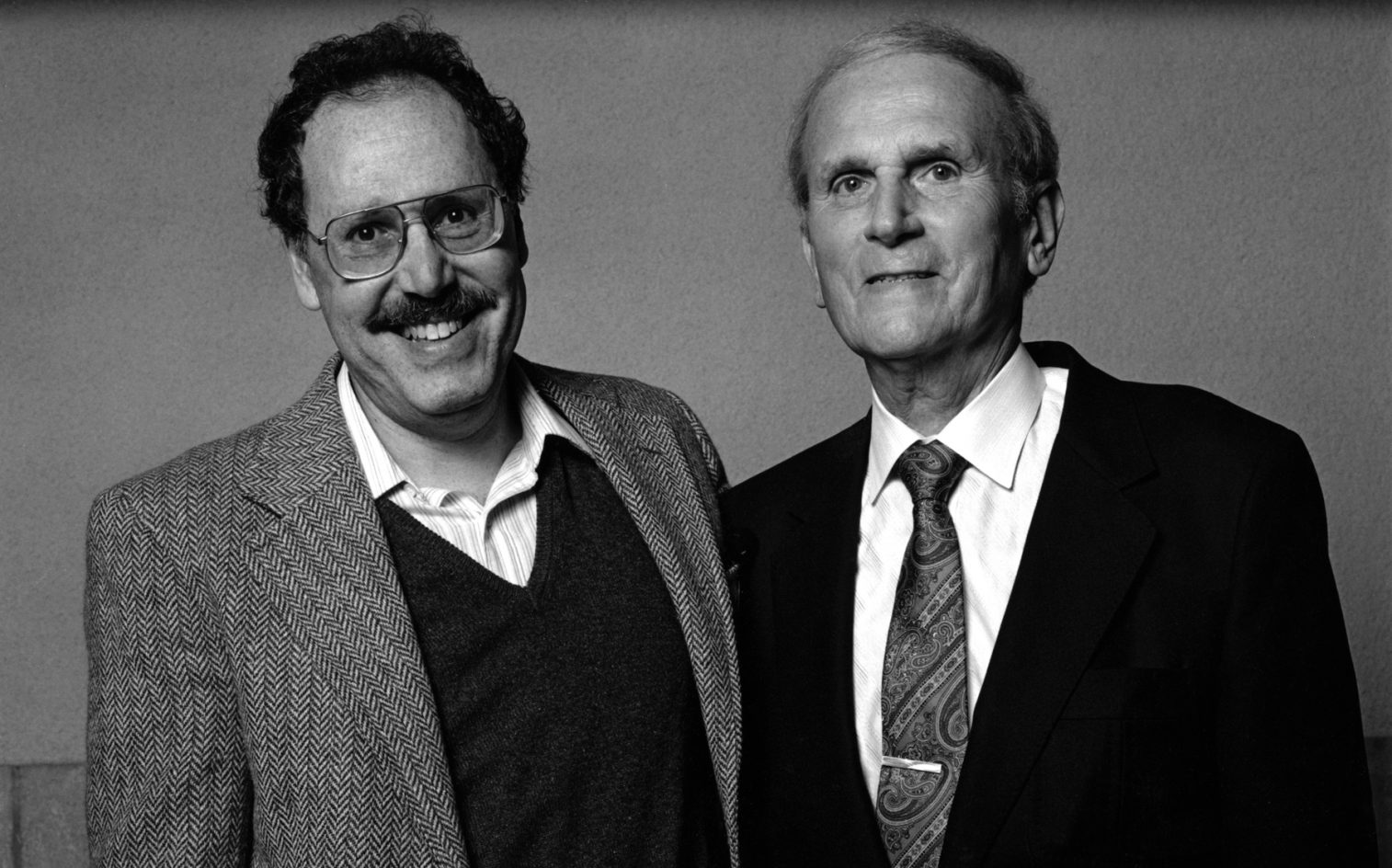 From its humble beginnings in a store-front dental office to 12 locations across the Westside of Los Angeles, Venice Family Clinic has come a long way since its founding 50 years ago.

And the Clinic wouldn’t be where it is today without the vision of its founders, the late Dr. Philip Rossman and Dr. Mayer Davidson. That’s why they have been named two of Venice Family Clinic’s 50 Visionaries in honor of the Clinic’s 50th anniversary.

In late 1969, Los Angeles County opened a medical clinic on Pico Boulevard in Santa Monica. At the opening event, a group of community organizers from the nearby neighborhood of Venice protested, as they felt Venice, which at the time had mostly low-income residents, was being overlooked and underserved by local government. Rossman, a physician who attended the event as a member of the Los Angeles County Medical Association’s Bay District 5 Public Health Committee, spoke with them and learned that not only did Venice not have enough doctors, it didn’t even have a bus line that would directly take them to this new county clinic. He promised the group that he would do something about it.

“He always had the true feelings and the heart for medicine and patients. His whole life revolved around them. That became more important than probably anything in his life,” said Rossman’s wife, in a 2003 interview. “So when he heard about these people in Venice having a problem getting medical care, that was right up his alley. He just plunged in without even giving it a second thought.”

At about the same time, Davidson, who had just joined the faculty of what is now the David Geffen School of Medicine at UCLA, was having his own epiphany after reading an article about medical care for poor teens in Ohio. He started asking his colleagues if something similar could be done in Los Angeles. After speaking with several other doctors, he learned about the lack of medical care in Venice and that Rossman was trying to start a free clinic there, so he got in touch with him.

Working out the details

By mid-1970, Davidson and Rossman, with the input of the Venice Health Council, whose members had protested the LA County clinic opening, got to work finding a place to open their clinic. Davidson approached Dr. James Freed of the UCLA School of Dentistry at a party and asked if they could use the UCLA dental clinic on Lincoln Boulevard, which had just opened the previous year also at the urging of the Council, after hours. Freed agreed.

With a location secured, Rossman and Davidson started recruiting volunteer physicians for their new enterprise – Davidson worked his connections at UCLA, and Rossman reached out to his colleagues in private practice.

With a handful of doctors, two volunteers from the Venice Health Council as administrators, a borrowed space, and a dental chair for exams, Venice Family Clinic began seeing patients on the evening of October 12, 1970, less than a year after Rossman made his promise to bring quality medical care to Venice.

“I remember when my dad took us down to look at that first office on Lincoln,” said Joanna Morgan, Rossman’s daughter, in 2003. “I was a dental hygienist at the time, and I looked at this room that they were given, with a dental chair in the middle of it. I could not believe that they were going to see patients in there. He was just totally unfazed. He said, ‘Well, we’ll do it. Look at it – we’ve got a room!’ He was excited.”

Morgan also described her father’s dedication to his patients at the Clinic.

“I know Mother would have problems with him sometimes because instead of coming home after work, he’d go to the Clinic,” Morgan said. “He was down there just about every night.”

Davidson, a prominent physician and researcher specializing in type 2 diabetes, also saw patients at the Clinic after normal business hours. But it soon became clear that in order to see and treat more people, the Clinic would need help. So he worked with the UCLA medical school to develop an affiliation agreement for the Clinic to train UCLA’s in community medicine, in exchange for providing malpractice insurance for the Clinic.

As it became apparent that the need for their services was greater than they anticipated, Davidson and Rossman continued to expand Venice Family Clinic by recruiting more volunteers; expanding the hours of operation; creating more partnerships with hospitals, laboratories, and community organizations; and hiring staff, including the Clinic’s first two executive directors, Meg Ross-Price and Fern Seizer. The Clinic struggled to raise money until a chance encounter brought on board Irma and Lou Colen,  community and political activists who had been successful at fundraising for other organizations. Irma created the Clinic’s fundraising program from scratch, setting the foundation for all that the Clinic is today.

“What is unique about Venice Family Clinic is the caring attitude. You do not usually get that in outpatient clinics at hospitals,” said Davidson, who still sees patients at the Clinic every week. “We have had a number of residents who have gone on to serve in underserved communities because of their experience at the Clinic. We have had a lot of volunteers, who were not doctors or not in medical school, who went to medical school because of their experience at the Clinic. We even have a doctor on staff who was actually a patient of ours when she was a youngster.”

Rossman served on the Clinic’s Board of Directors until his death in 1990. Davidson still serves on the board and continues to be a leader, seeing patients on a weekly basis, spearheading Venice Family Clinic’s innovative diabetes treatment program, serving as the chair of its medical practice committee, and providing generous donations. He does all this while also working as a professor of medicine at UCLA’s medical school and Charles R. Drew University of Medicine and Science, and has published hundreds of scientific papers and presented lectures globally.

Staying true to our roots

Over the past 50 years, Venice Family Clinic’s mission of providing quality primary health care to those in need hasn’t changed, but its scope has broadened dramatically. Today, the Clinic has close to 400 staff members and more than 1,300 volunteers who serve nearly 28,000 patients, without regard for their ability to pay or immigration status. Its programs have expanded beyond primary medical care to include dental, vision, behavioral health, exercise classes, health education – and street medicine for people experiencing homelessness, to ensure even the most vulnerable of its neighbors get the medical care they deserve.

“On that first day, we had no idea that our after-hours clinic for people who couldn’t get health care anywhere else would grow into a thriving community health center that served tens of thousands of people in need last year,” Davidson said.