Baldessari’s support for Clinic lives on 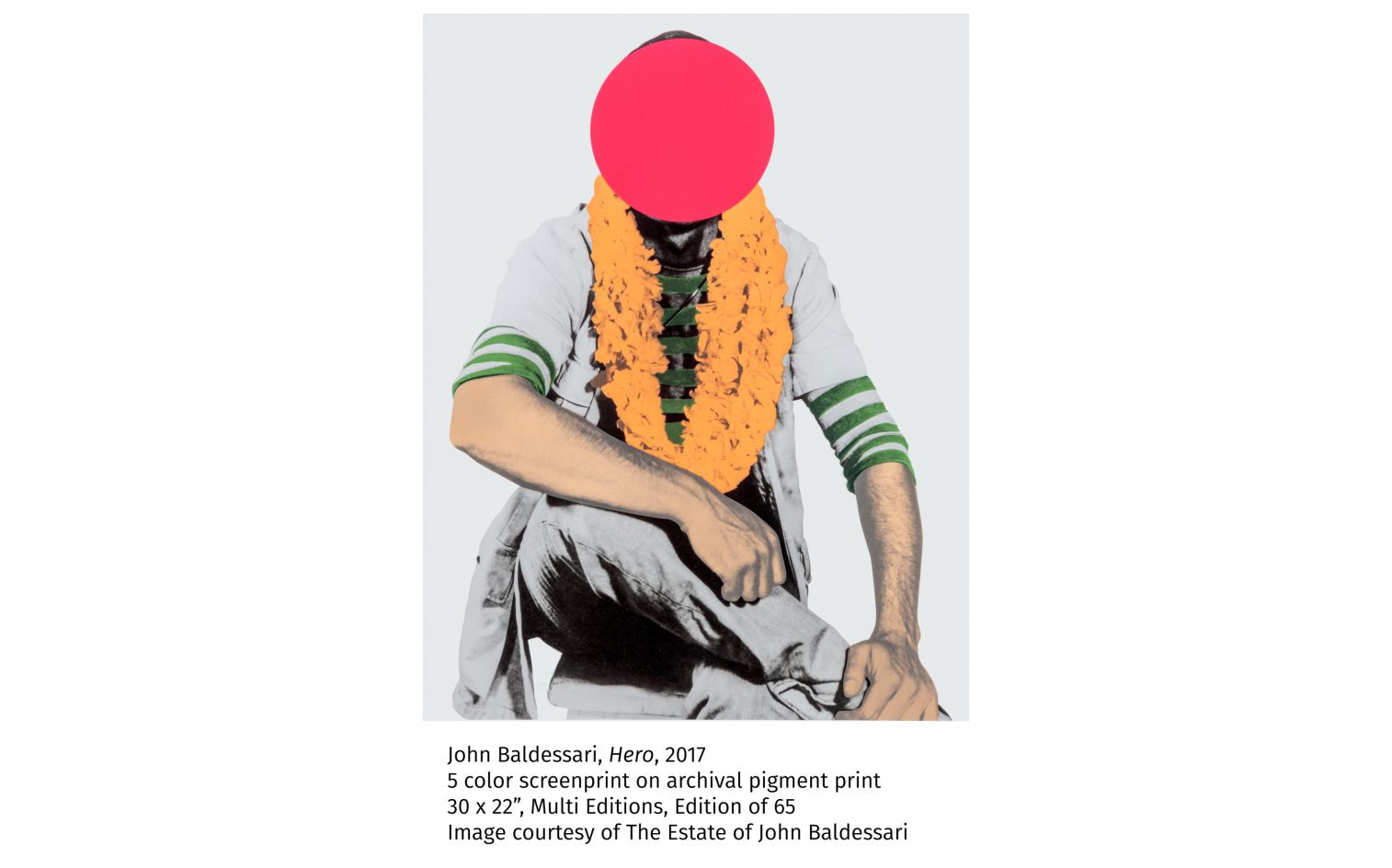 John Baldessari, one of the most influential contemporary artists of the latter half of the 20th century, was a prominent supporter of the Venice Family Clinic Art Walk & Auction.

And even though Baldessari passed away in January at the age of 88, his legacy of giving to the Clinic lives on. A limited edition print of Baldessari’s Hero (2017), created exclusively for Venice Family Clinic with Multi Editions, and Crowds with Shape of Reason Missing: Example 6 (2012) from Mixografia are included in this year’s online auction, and the John Baldessari Family Foundation continues to support the Clinic’s homeless health care efforts.

“Having an artist of John Baldessari’s caliber take part in Venice Art Walk inspired support from an important part of the Venice community – the artists,” said Elizabeth Benson Forer, chief executive officer and executive director of Venice Family Clinic. “The impact he had on so many of the artists who came after him doesn’t stop at the art, either. Many have also generously donated their work to our auction, inspired by this tradition of giving.”

Baldessari lived and worked near Venice Family Clinic’s Rose Avenue location, and witnessed first-hand the crisis of homelessness. Since the 1980s Venice Family Clinic has had a Homeless Health Care program, which includes street medicine teams that treat people experiencing homelessness where they are. Today, more than 4,500 of the Clinic’s patients are unhoused.

“Later in his life, it became important to him to give back to his community, which is why he started the John Baldessari Family Foundation,” said noted conceptual artist Analia Saban, who serves on the foundation’s board and was a protégé of Baldessari. “He cared about providing for basic needs, like health care, and fighting homelessness was his priority. He felt the need to help was urgent in these areas.”

Though he started as a semiabstract painter in the 1950s – and famously burned all his early work in 1970 – Baldessari later embraced a wide range of mediums but was mostly known for creating hybrids, such as text paintings, that included a sense of humor.

Baldessari also helped build the LA art scene through teaching, most notably at the California Institute of the Arts and UCLA, directly influencing an entire generation of artists, including many who have also been a part of the Venice Art Walk.

“By his example, John Baldessari has always given art to charities he believed in,” Saban said. “It’s now for the next generation of artists to follow in his footsteps.”