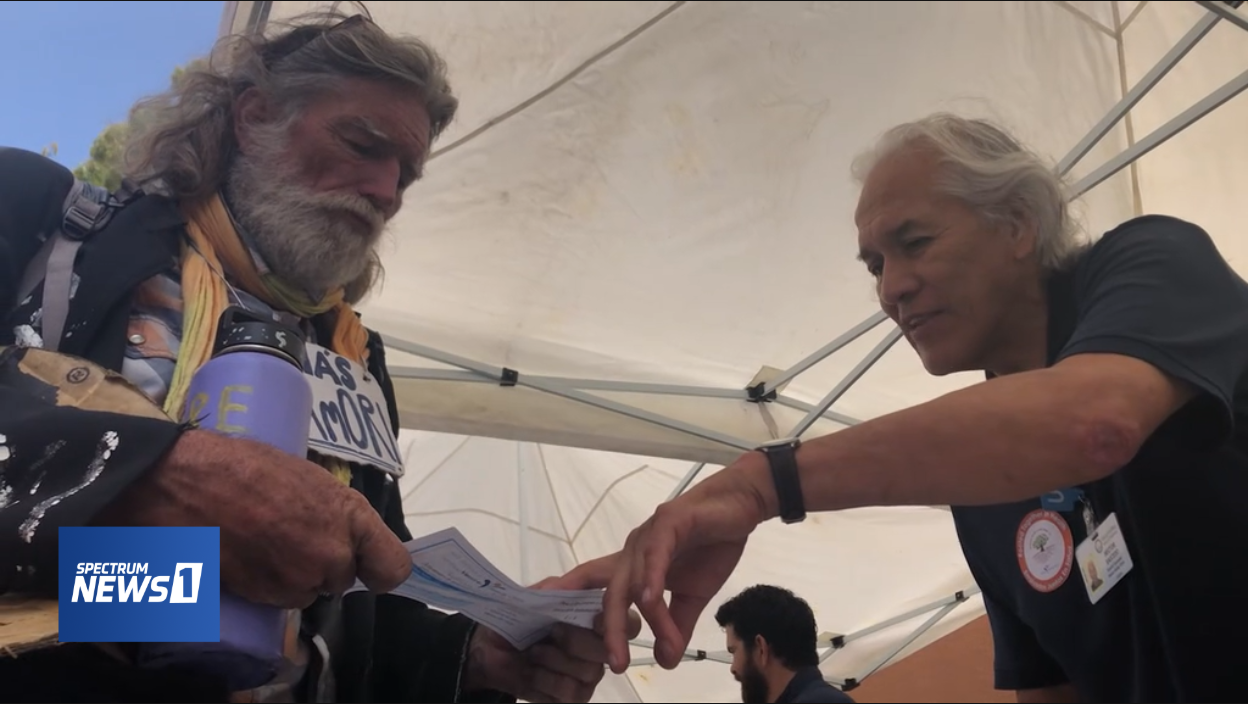 By Catalina Villegas for Spectrum News

“This necklace is in honor right now of so many people who are being persecuted and tormented because they’re Hispanic; especially in honor of the folks who were shot in El Paso,” said Busch.

“The biggest help here today is knowing that we have a group, a community, a resource, a gathering a collection in Venice of people that are dedicated to making human life better,” he said.

Busch was born in Riverside and grew up in Southern California. He became homeless about 20 years ago when his temp jobs dried up.

But after so many years on the streets he has learned about the many resources available to people in his position.

“There are a lot of things that homeless people aren’t aware that is available to them, and that affirms the fact that we’re still citizens of this country, we’re still people in this society,” said Busch.

Homeless people can sign up to vote using the corner where they sleep, they can partake in the census, and get health and dental screenings; they can even get CalFresh services by using a district office as an address.

“Which is the difference between life and death for a lot of us,” said Busch.

Life and death is something Dr. Coley King deals with on a daily basis as the director of homeless services at Venice Family Clinic.

“This population is very vulnerable because there is a disproportionate access to health care for them, so one of our themes is reaching out to those patients, especially for a connect day like this,” said Dr. King.

By doing that they hope to build trust and help the almost 37,000 homeless people in the City of Los Angeles.

“The time to start caring about homeless people is not when you’re homeless, it is now; it’s while your housed, because we are all just a couple of checks away from it,” said Busch.

Más amor, for our fellow brethren, whether they’re housed, or not.