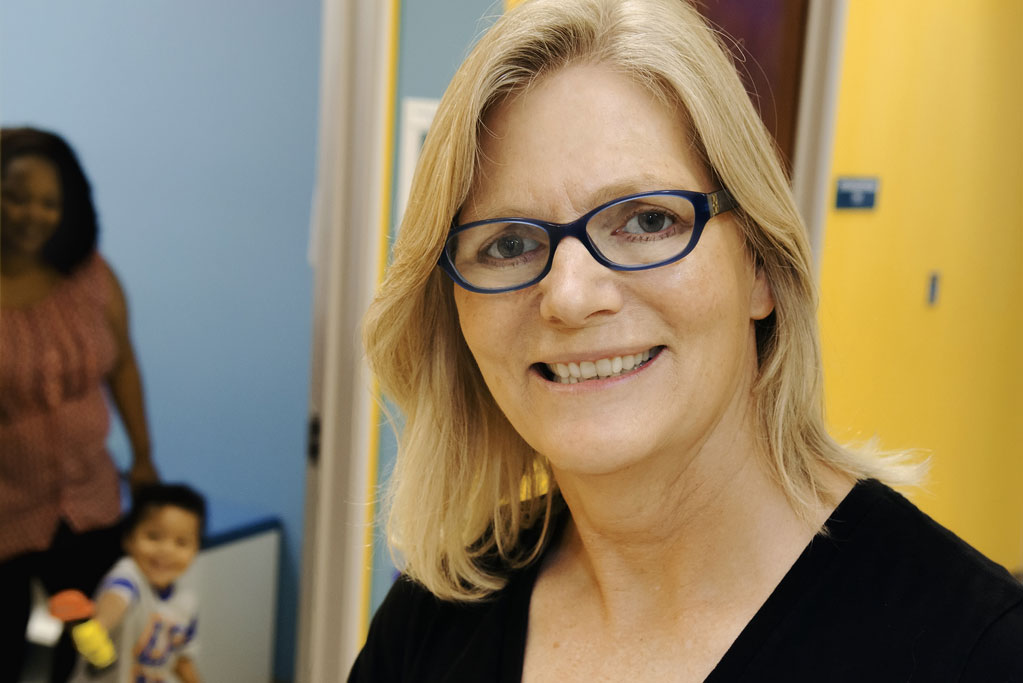 Originally published in The Argonaut on October 2, 2019.

Venice Family Clinic CEO Elizabeth Benson Forer was one of several health care professionals who met with representatives of the Trump administration on Sept. 10, when officials were in town for a day of meetings and briefings about the homelessness crisis in Los Angeles. Clinic Director of Homeless Healthcare Dr. Coley King, the medical lead for street teams that seek out and treat patients at encampments, was also part of the discussion.

On a campaign swing through California a week later, President Donald Trump told reporters homeless encampments in Los Angeles and San Francisco blight the Golden State’s “best highways, our best streets, our best entrances to buildings … where people in those buildings pay tremendous taxes, where they went to those locations because of the prestige.”

Benson-Forer, who has been with the clinic for 25 years, spoke with The Argonaut at her Mar Vista office.

The Argonaut: Did the visiting Trump administration officials offer any suggestions or new ideas for grappling with homelessness?

Elizabeth Benson Forer: We had a visit from Rear Admiral Susan Orsega [who is chief nurse officer of the U.S. Public Health Service Commissioned Corps]. She was coming to learn about what we do with our homeless clients, how we serve them through our street-medicine approach, and co-locating with other agencies who are serving the homeless and providing care at different locations. We had a very good conversation. That’s pretty much it. [Orsega could not be reached.]

Have you heard anything since?

I have heard nothing from the federal government that leads me to believe they have a plan. The federal government has not noticed that there are housing problems across the entire country and that they need to have legislation, a plan and a policy to move forward. … Usually the federal government’ s capable of providing many more times the dollars that we can generate from state, city and county funding. And if they would provide more of those dollars we could continue to expand what we’re doing.

And how well would you say county and city officials are doing with housing?

We are moving in the right direction, but we need to learn how to build affordable housing rapidly. We need help in our county and city bureaucracy so that type of housing can be built in an expedited way. That might mean shifting some rules and regulations when an inspector comes out so there’s one inspection and it’s done, not this back-and-forth waiting six months for someone to come again.

We need to recognize that there has to be housing of all types and costs in all neighborhoods. Some people are able to move into an apartment or a home and, with some support, are able to find jobs and get back on their feet. Others may have a medical or psychiatric problem which means they’re going to need more care.

We’ve learned over the last 10 or 15 years how to get people into housing and how to support them in housing. Now we just need more housing. There are some wonderful models that the People Concern is putting up through their Flyaway Homes program, and we need to look at those types of models to get housing up quickly — in nine months to a year, instead of the three years or more that it’s taking now.

Part of the problem is that people don’t want [temporary] “bridge” housing next to them. What I would say if you’re living in your neighborhood and you’re upset because someone’s living in your alley, or someone’s always in the park lying on a bench and you want to be there with your children, maybe you should consider supporting more temporary housing and other types of housing that can come online quicker, because that’s the solution.

What would you say is the clinic’s role in these situations?

What we at the clinic can do best — whether you’re housed or unhoused, if you’re low-income — is to provide excellent health care so that we can prevent a lot of the illnesses, we can help manage chronic diseases, and we can ensure that people understand more about healthy eating and healthy living.