The 2020 Election Hinges on Health Care 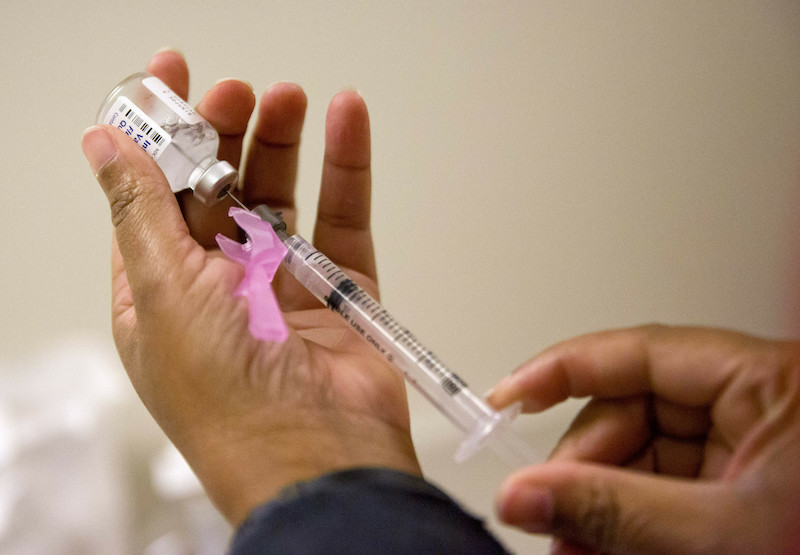 Last week, I visited the Venice Family Clinic in Los Angeles near a public housing project in a poor neighborhood. Two days later, I drove to a South Los Angeles area where pollution from the freeway—not to mention mold, rat droppings, dust and cockroaches—infest crowded apartments, causing asthma that sends children to the nearby St. John’s Well Child and Family Center.

I visited St. John’s and the Venice clinic while trying to make sense of the health care debate, which should be dominating the presidential campaign but has so far failed to do so. I was angry that Sen. Bernie Sanders’ Medicare-for-all plan, and other Democratic contenders’ plans for health care reform, are being lost in campaign news dominated by the ever-present, ever-bombastic Donald Trump. Unbelievably, this demagogic liar and foe of democratic values, is calling the shots in the presidential campaign.

To me, the clinics are a ray of hope in the gloomy political scene. I had first visited them before President Barack Obama was elected in 2008. Both were strapped for money back then, with staffs and community supporters spending much of their time drumming up contributions to support care for their predominantly Latino and African American patients. Obamacare—the Affordable Care Act—pushed through by then-President Obama and House Speaker Nancy Pelosi in 2010, changed the lives of the clinics’ employees and their patients.

In both St. John’s and the Venice Family Clinic, most of the working poor—defined as a family of four earning $26,000 a year or less—now receive good medical care thanks to the Affordable Care Act. At St. John’s, Chief Executive Officer Jim Mangia told me how Obamacare had permitted expansion of Medi-Cal, the state’s program for medical help to the poor, expanding it to include those who have jobs but can’t afford a doctor, a dentist or an optometrist. The number of immigrants enrolled at St. John’s doubled within two or three years of Obamacare’s passage. In addition, several thousand more have purchased health insurance policies through the Covered California exchanges created by Obamacare. “We doubled in size,” Mangia said.

With $24 million from the Affordable Care Act, St. John’s grew from nine clinics to 18, plus four new health centers in public schools. St. John’s added vision care, endocrinology and podiatry (the latter two fields badly needed for the diabetes that is prevalent among that hospital’s patients). Mangia said doctors are seeing increased signs of better health—lower blood sugar counts, lower blood pressure levels, fewer children with asthma. “Our patients are learning to use the health care system. People are getting a handle on their health,” he said. Patients are exercising, eating healthy foods, taking their medicines. Family health habits are improving, meaning that the children being treated at the clinic now will likely become healthy adults.

At the Venice Family Clinic, I met Dr. Rita Evazyan, one of the clinic’s dentists, who sees an average of 20 patients a day. In addition, there are dental hygienists who go to about 20 schools. “You’re busy,” I said. She agreed. Dental services have tripled in size, said Elizabeth Forer, the clinic’s chief executive officer.

Forer showed me low sinks where children learn proper tooth-brushing techniques. The result is there are now 19- and 20-year-olds among their patients who don’t have cavities.

She showed me the kitchen, where parents and their children learn to cook healthy foods. Fighting obesity and food education go together. In the clinic’s modern facility, parents and children learn to cook healthy meals and are educated about how good nutrition improves all aspects of life. Feeling good, Forer said, encourages exercise and helps children pay attention at school.

Throughout the nation, the need for government-financed health care extends beyond the poor into the middle class. As it stands, more than 27 million Americans are without health insurance. Another 156 million, almost half of the United States population, have health insurance from employers, and their combined situations worsen every year.

In a May 2 article in The Los Angeles Times, Noam N. Levey reported that “soaring deductibles and medical bills are pushing millions of American families to the breaking point, fueling an affordability crisis that is pulling in middle-class households with health insurance, as well as the poor and uninsured. In the last 12 years, annual deductibles in job-based health plans have nearly quadrupled and now average more than $1,300.”

In a survey taken with the Kaiser Family Foundation, the paper said one of six who get insurance through work say they have had to make “difficult sacrifices” to pay for health care, and one in five said health care costs have used up all or most of their savings. Those losing a job probably lose insurance, too.

These fears resonate among audiences of Americans following the current presidential campaign.

The Des Moines Register recently sent reporters to 46 events in Iowa featuring presidential candidates for the state’s January caucuses, the nation’s first contest of the 2020 campaign. “As it did during the 2018 (midterm) election, health care dominated” the audience questions, the newspaper reported. In an NBC-Wall Street Journal poll taken between April 28 and May 1, respondents said health care should be government’s top priority.

These reactions repeated the pattern of the 2018 congressional elections when Democrats won the House and found that the voters were deeply concerned about health care.

It is possible, by looking closely, to find differences on the health-care issue among the current crop of candidates.

The most generous plan is that advanced by Rep. Pramila Jayapal, a Washington Democrat and co-chair of the Congressional Progressive Caucus. The best known is Sen. Sanders’ Medicare-for-all, a phrase he popularized when he ran for president in 2016. At the time, it was considered the height of out-of-touch radicalism.

Sanders would put the present Medicare and Medicaid schemes into a new universal government health plan that would supplant Obamacare. It would replace most private health insurance, including plans negotiated by unions, whose members may not want to give them up. It would cover hospital visits, as well as primary care, medical devices, laboratory services, maternity care, prescription drugs and vision and dental care. There would be none of the fast-rising deductibles or out-of-pocket expenses. Rep. Jayapal embraces these provisions but would add government funding for long-term nursing care.

All this would be financed by higher taxes on the rich and large businesses. Sanders, for example, has proposed a series of options that would tax offshore profits, impose a special tax on the very rich, raise the estate tax, limit tax deductions for the wealthy and impose tax increases that would hit the middle class.

Higher taxes for all might be enough to sink the Sanders plan, but he argues that the elimination of payments to insurance companies would more than make up for the higher tax levies.

I talked to Bill Carrick, a veteran Democratic political consultant who organized focus groups for his client Sen. Diane Feinstein’s successful reelection campaign in 2018. “These were middle-class people,” he said. “They were not inclined to all-out opposition for Medicare-for-all, they just didn’t think it would become law. But they were very much interested in saving Obamacare.” They wanted provisions assuring coverage for pre-existing conditions and a chance to buy into Medicare at an earlier age. And they wanted government-sponsored insurance policies offered on the Obamacare exchanges—the public option.

That option had been killed during Obamacare’s rocky road to passage but would offer an alternative to the increasingly expensive policies, with their high deductibles, available on the exchanges. “Interestingly,” he said, “nobody wanted the government to take over health insurance.”

I saw Obamacare at work in the clinics I visited. It helps a lot but needs fixing. The middle class, oppressed with increasing deductibles and higher premiums, needs immediate help. Many more middle-class people should be eligible for subsidies on the Obamacare exchanges. And the insurance industry, now profiting from Obamacare, requires tough regulation.

That’s what the Democratic presidential candidates should be advocating rather than letting the buffoon in the White House bully them into defeat and low-grade health protection.