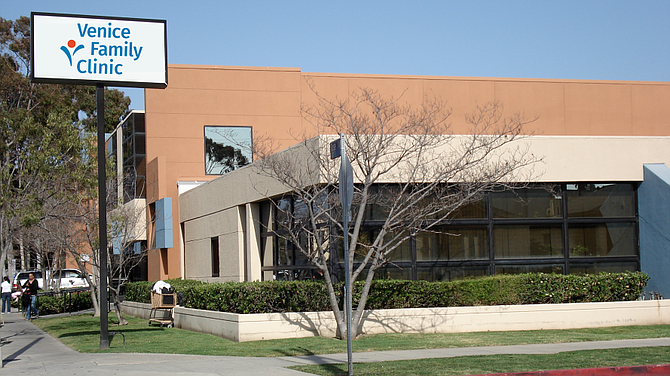 “The need for more comprehensive health care and greater access to that care has never been clearer,” Forer said in an announcement. “This merger comes during a global public health crisis of historic scale and at a time when communities throughout Los Angeles are wrestling with the consequences of inequities in access to health care and in the delivery of that care.”

Prior to the merger, the two nonprofits had similar histories and crossed paths frequently. Both were founded at a time when free clinics sprang up across the country to deal with the burgeoning number of drug-addicted youths; South Bay Family Health Care was founded in 1969 and Venice Family Clinic in 1970. Venice Family Clinic has been the larger of the two and has frequently assumed a higher public profile due to its location in Venice, which has long had a large homeless population.

“We share the same mission, values and commitment to delivering care with compassion, dignity and respect,” said Jann Hamilton Lee, who had served as chief executive of South Bay Family Health Care since 1999 and is temporarily serving as a senior executive of the merged organization until her retirement next month.

Forer said the impetus for the merger came from an increasing number of partnerships between the two organizations as the coastal region’s homeless and uninsured populations grew. She said merger talks began in summer 2019, before the pandemic arrived.

“The pandemic actually slowed things down a bit as both organizations were forced to take a pause to deal with the health emergency we were facing,” Forer said. “We started back up with talks last summer (in 2020) but had to move more slowly because so many resources were being devoted to Covid.”

She said the Covid pandemic added a new layer of health services on top of the extensive array already being offered. The new services include Covid screenings, vaccinations and case management for those severely impacted by the virus.

The clinic’s more established services include handling of primary care visits, substance abuse cases, mental health treatment and dental care. While Venice Family Clinic has long served the homeless population, Forer noted that the homeless caseload has grown in recent years to about 4,500.

As with most nonprofit health centers, Venice Family Clinic has a sliding fee scale depending on the patient’s income level. Those living below the federal poverty level do not pay anything. The organization relies on government grants and donations to fill the gap between fees paid and the cost of services.