Fentanyl on the rise amid coronavirus pandemic 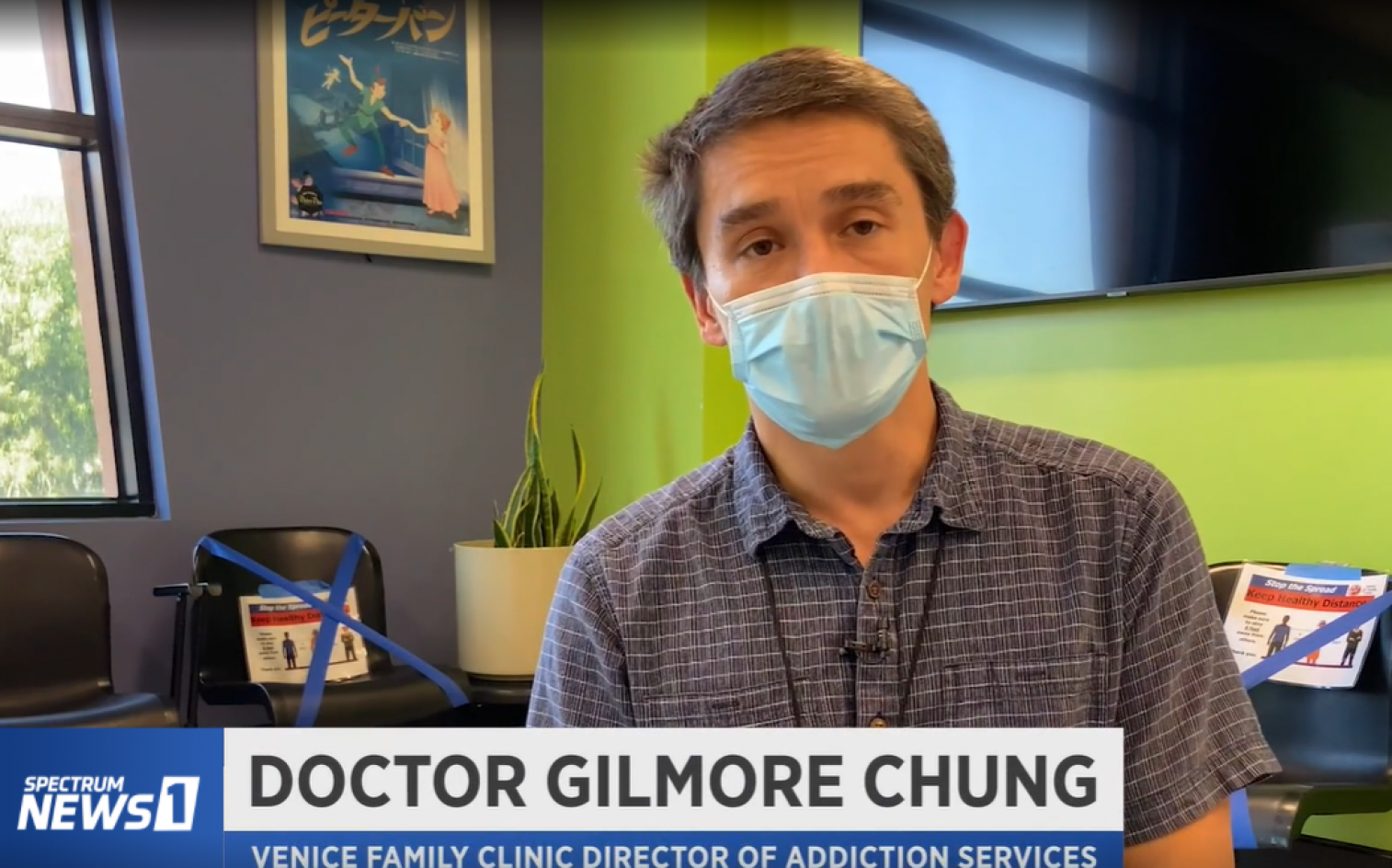 HERMOSA BEACH, Calif. — Hermosa Beach resident and swimmer Ana Fradkin can often be found at an outdoor pool in El Segundo. Swimming gives her peace of mind, so-much-so she makes in into the pool before dawn about five times a week.

“I’m a butterflier, and a freestyler. But now I’m a nothing, I’m a survivor who just swims”, said Fradkin.

Fradkin is doing everything she can to survive today, because in August, she lost her 14-year-old son Scotty to an accidental drug overdose.

The tragedy has uprooted her world, along with her husband and younger daughter Juliet. Fradkin says her son began struggling amid the COVID-19 pandemic.

“He started a steep downhill when the shutdown happened. He finished summer school and four days later, he was gone,” she said.

Prior to the shutdown, Scotty had a mental health diagnosis, but his mother believes he was getting better. According to Fradkin, Scotty was happy at school, enjoyed sports, and was making progress in group therapy.

But when the shutdown happened, everything was canceled and Scotty regressed. Fradkin feels if it wasn’t for the shutdown, her son would be here today.

“He’s collateral damage and as much a victim of this pandemic as anyone with COVID,” she said.

The investigation and cause of Scotty’s death are still ongoing, but authorities believe the cause could be the drug fentanyl, disguised as Xanax. Scotty had previously asked his mom about taking anti-anxiety medication like Xanax, but he was not prescribed.

“I suspect there was a feeling that just because something is available to some people by prescription, how dangerous can it be,” said Fradkin.

But Fentanyl is becoming more prevalent in L.A. County. In 2013, fentanyl was found in only three percent of drug-caused deaths.

With a growing problem, Venice Family Clinic Doctor Gilmore Chung is worried the current pandemic is making it worse.

Fradkin said Scotty struggled with the isolation, and that it may have driven him to find what he thought was anti-anxiety medication. Unfortunately, he may have got more than he bargained for.

With fentanyl being 50 – 100 times stronger than morphine, the Venice Family Clinic provides access to test strips to see what exactly is in a drug.

“Some drugs are mislabeled. Someone thinks they’re getting a benzodiazepine, maybe they think that they’re just getting heroin, but they’re actually getting fentanyl,” said Chung. “We’re able to provide them with test strips so that they can actually test the drug to know, ‘what am I actually taking?’”

The rise of opioids is in part due to aggressive marketing by pharmaceutical companies like OxyContin-maker Purdue Pharma, who plead guilty to federal criminal charges in October for its role in creating the nation’s opioid crisis.

Purdue will also pay more than $8 billion in a settlement that will go towards funding programs to help fend off opioid addictions.

One like community-wide coalition, The Beach Cities Partnership for Youth in the South Bay, where Scotty was from. The program is managed by Director Ali Steward.

“We know that it’s a problem happening across the country, it’s happening here, and what can we do to work together to address it,” said Steward.

The coalition has brought together key prevention partners across 12 different sectors, like law enforcement, school district reps, and businesses to bring the opioid conversation out in the open.

A virtual presentation titled “Prescription Drugs and Opioids: What Beach Cities Students and Parents Need to Know” was shown in November, and is one of the ways they’re getting the word out.

“This isn’t something fleeting. This is something we want to continue talking about, continue raising awareness about, and taking action,” said Steward.

For Fradkin, she will remember her son Scotty as loving, smart, and funny; a lover of the ocean and sailing. He wasn’t a drug user, but his mother saw how the shutdown impacted his mental health, and she’ll never forget how one mistake cost her son his life.

“I miss him every day, and I don’t know how I’m going to be able to continue this way for the rest of my life,” said Fradkin.