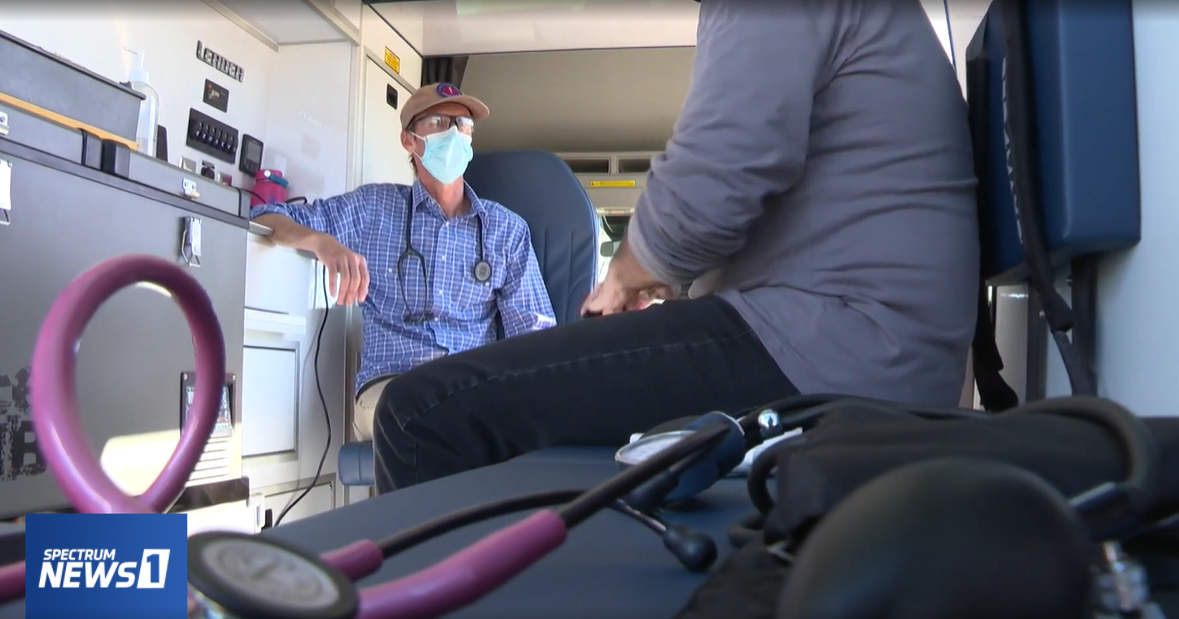 MALIBU, Calif. — Each week for the last 13 years, Dr. Coley King, armed with a backpack filled with medical supplies, heads out on foot to Malibu to bring health care to patients experiencing homelessness.

“It’s a dispersed area. So, it’s really important for us to drive around and find people where they are at. But, there are several hundred people in this area that are living unsheltered at any given time,” King said.

The patients King cares for often have a mental illness, a substance dependency, or a major medical illness. As he heads out into the area, King is seeing a growing need for care but is often limited by the supplies he can carry in his medical bag, which typically include a stethoscope and a first aid kit, among other items.

After seeing the increased need for care and the challenges of getting patients into a health care facility, the Venice Family Clinic, a nonprofit community health center, rolled out its very first mobile clinic van for its nine street medicine teams throughout West Los Angeles.

Inside, it looks like a micro doctor’s office with the ability to collect blood samples, lab tests, and provide vaccinations, including a COVID-19 vaccine in the near future.

Through the care Scott Carl Davis began receiving from King more than one year ago, he was able to find care for his knee pain and ultimately gained supportive housing. Davis said he wouldn’t have trusted any other doctor to provide care because of health insurance complications in the past.

“The shot for the knee? That’s a big helper because you need to walk out here,” Davis said.

“Scott, we actually met you after you had been assaulted,” King responded to Davis.

Davis’ reluctance to receive care at first is common among patients without housing. It’s also the main reason why King has made it his mission to continue practicing street medicine to reach patients where they are.

While King’s team is happy to see patients like Davis receive care and services they need, they said they also know there’s more work to be done to get health care to those who might need it most.