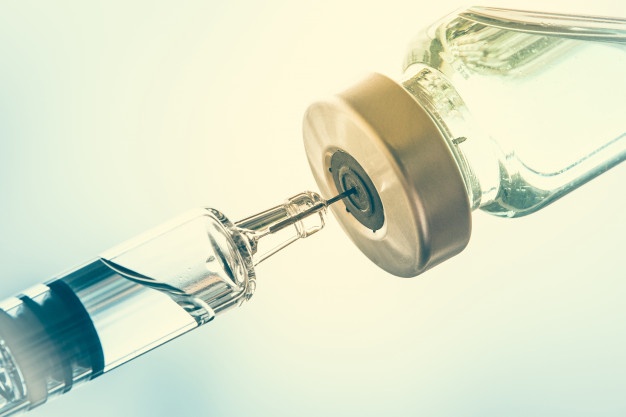 Three months into the vaccine rollout people of color are receiving doses at a startlingly low rate and community health centers believe this is in large part because their clinics were deprioritized as distributors.

The Department of Public Health recognizes this too and is rushing to expand partnerships with community health centers and pharmacies in the hardest hit areas of the County.

Still, it will take concerted effort and time to bridge the existing gaps.

So far only 5.2 percent of black individuals and 23 percent of Latinx individuals eligible for the vaccine have received doses compared to 33 percent of their white counterparts, reported County Supervisor Hilda Solis on Monday.

Over 30 percent of residents in wealthy communities such as Mandeville Canyon and Bel Air have been vaccinated whereas poorer areas including Compton, Lynwood, and Watts have rates below 8 percent, according to data from the Department of Public Health.

“It’s clear that our most affluent communities have greater access than those who need it the most,” said Solis. “To me this is unacceptable. We can and we have to do better.”

In order to maximize the speed of the vaccine rollout the state and County focused on building mega sites and utilizing an online appointment system. Local health centers and pharmacies were tacked on later and currently receive very limited dose allotments.

While this approach prioritizes distribution efficiency, it also drives inequalities.

Under this system, people with consistent internet access and the time and means to travel to open appointments are the most likely to be inoculated. These also happen to be the people least likely to live in hardest hit communities.

“If you’re trying to put out a fire you don’t aim your hose at the periphery of the fire, you aim it at the source of the fire and we know the source of COVID-19 is the hardest hit, under resourced, underserved communities of color,” said David Carlisle, president and CEO of Charles R. Drew University of Medicine and Science at a ‘Health + Justice’ panel organized by the Venice Family Clinic.

Community health centers, such as the Venice Family Clinic, believe they are perfectly poised to reach the population the vaccine rollout is missing, because these individuals are already their clients.

“It doesn’t make sense when we are used to serving those who don’t have transportation, those who have language barriers, those without internet access, those who are experiencing homelessness who are already connected with us and already trust us, that we aren’t a fundamental part of the vaccine rollout,” said Anita Zamora, deputy director and COO of Venice Family Clinic.

Venice Family Clinic serves 27,000 low-income patients and so far has only received 1,000 doses, 500 of which were reserved for healthcare providers. The organization has a 50 year history of caring for vulnerable community members and a robust vaccination program, delivering around 10,000 flu shots annually.

Medical mistrust is also cited as a contributor to low vaccination rates in communities of color. However, health care professionals question how salient of a factor it is given the current high demand and low supply of vaccines.

“I think that there is much more demand for vaccination than there is hesitancy against vaccination, even among our African American and Latinx populations,” said Carlye, who also noted that people of color are more likely to trust community healthcare providers that they already have a relationship with.

The L.A. County Department of Public Health is not blind to the shortcomings of the current distribution approach and is working to adjust its strategies.

LACDPH has established relationships with over 400 local healthcare centers, although their vaccine allotments remain low. The department is also creating closed vaccination pods for target populations that bypass the online system and is rolling out mobile vaccination teams to help reach elderly and homeless individuals.

Blue Shield of California recently signed a state contract to take over the allocation of vaccines across California using an algorithm designed to scale up daily doses. It is currently unclear how this will affect supplies to community healthcare centers.

On a federal level, the Biden administration launched a program on Feb. 15 to ship vaccines directly to community health centers, recognizing their key role in reaching underserved areas. This is welcome news for many local providers.

“There’s a new channel that’s coming and there’s hope on the horizon,” said Louise McCarthy, president and CEO of the Community Clinic Association of Los Angeles County. “The Biden initiative focuses on community health centers specifically to get targeted doses each week for their patients and communities.”

Yet, the question remains — why weren’t they utilized from the start?