California’s homeless crisis all too often is a health crisis 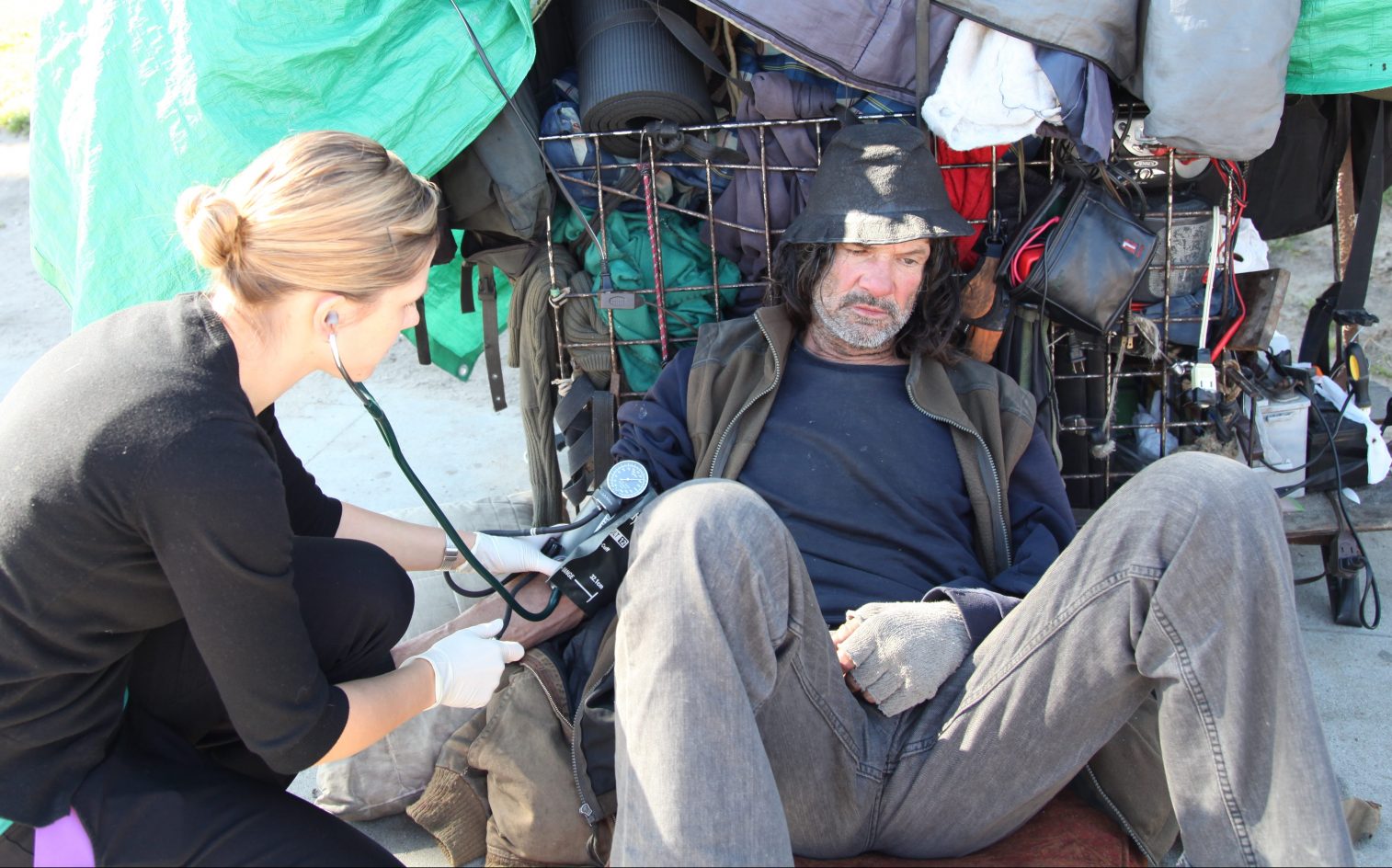 Originally published in CalMatters on September 15, 2019

When we first approached him, C.J.’s head, arms and torso were flailing wildly about. His face moved in uncontrolled contortions.

To any bystander, or even police, he might appear to be on stimulants, like cocaine or methamphetamine. I thought that someone was going to shoot him.

Our team was on “street medicine” rounds, taking health care to people experiencing homelessness where they live, and I was the doctor for the day.

I had seen C.J. a few times before, and we suspected he was suffering from Huntington’s Chorea, the progressive neurological movement disorder that killed Woody Guthrie. After several months of intense relationship-building, we finally confirmed the diagnosis.

But C.J. was still on the street and unprotected.

For those of us on the front lines delivering this care to people experiencing homelessness, we see that Los Angeles County and California are confronting more than just a homeless crisis. We are in the midst of a health care crisis.

The report also found the average age of those who died in the county was 48 for women and 51 for men, as compared to the average California life expectancy of 83 for women and 79 for men. We had known this from previous studies, but the stark fact of our homeless neighbors dying 30 years younger still floors me.

Yet health care for people experiencing homelessness has been overshadowed in the current conversation about the homelessness crisis. While housing is a powerful form of health care, seriously ill patients, like C.J., would likely die on the streets without proper medical care.

But like C.J., people experiencing homelessness are often unable to go to a clinic to get help.

They may have emotional trauma that leads to distrust. They may fear not being treated with dignity. They may have trouble traveling to a clinic with all their possessions in tow. Without access to a shower or clean clothing, they may expect they will be unwelcome because of their hygiene. If we can’t bring care to them, where will they get it?

Venice Family Clinic, the nonprofit community health center where I run the homeless health care program, began sending providers to the beach to seek out people who needed medical care as far back as the 1980s.

Today, that work has evolved into the largest street medicine program in the region and one of the few providing street medicine training for others. Our nine teams of health care providers travel Los Angeles’ westside with our community partners at The People Concern and St. Joseph’s Center.

The estimated annual cost of someone living on the streets is nearly $40,000 in additional police, emergency, sanitation and other services, while the cost of supportive housing is nearly half that.

Medical care is necessary to support a good housing process.

In Santa Monica, for instance, local officials identified 26 people experiencing homelessness who were high utilizers of services with hundreds of emergency room visits and contacts with police.

The city invested in an intensive effort by Venice Family Clinic and The People Concern to provide health care and build relationships with these 26 individuals to get them into housing.

A recent RAND Corporation study found these intensive services succeeded in getting most of the people into emergency shelters or housing and significantly reduced their use of public services.

The medical care we provided C.J. helped him get the stability he needed.

I recently saw him in a temporary shelter where he is safe and awaiting permanent supportive housing. I was grateful to see the system was finally working for him. It gave me hope that if we can get the needed medical care to people living on the streets, the system might start to work for them too.

I gave C.J. a heartfelt hug and went on to see my next patient.

Coley King, is a doctor of osteopathic medicine and director of homeless services for Venice Family Clinic. He wrote this commentary for CalMatters.