As the number of people experiencing homelessness in Los Angeles County rises each year, street medicine practitioners find themselves caring for more people with mental and behavioral health issues.

How did we get here? What historical, social and political forces have contributed to our current reality? Do behavioral health concerns contribute to becoming homeless or arise from the trauma of experiencing homelessness? What is being done to address this catastrophe during the pandemic – and what does the future hold for this humanitarian crisis?

Watch this important conversation below on these critical issues. 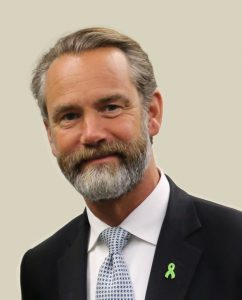 Dr. Jonathan Sherin is a longtime wellbeing advocate who has worked tirelessly throughout his career on behalf of vulnerable populations. In his current role as Director of the Los Angeles County Department of Mental Health (LACDMH), he oversees the largest public mental health system in the United States with an annual budget approaching $3 billion. Prior to joining LACDMH, Dr. Sherin served for over a decade at the Department of Veterans Affairs (VA) where he held a variety of posts, most recently as chief of mental health for the Miami VA Healthcare System. He has also held a variety of academic posts, formerly as vice-chairman for the Department of Psychiatry and Behavioral Sciences at the University of Miami, and currently as volunteer clinical professor at both UCLA and USC.
In addition to his leadership in the health and human services sector, Dr. Sherin has made significant contributions to the field of neuroscience, which include seminal sleep research studies, published in Science magazine, and a conceptual model of the psychotic process for which he received the prestigious Kempf Award from the American Psychiatric Association. Dr. Sherin completed his undergraduate work at Brown University, his graduate studies at the University of Chicago and Harvard Medical School, and his residency in psychiatry at UCLA. 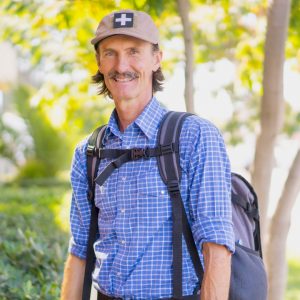 Coley King, DO, Director of Homeless Services at Venice Family Clinic, began his medical training at the College of Osteopathic Medicine in Kansas City, Missouri. Dr. King has been practicing family medicine at Venice Family Clinic for more than ten years, and he is the architect of their renowned street medicine program. Under his guidance, this specialized program has grown to nine teams of providers and, in some instances, a psychiatrist, who work with partners at local social services agencies to address the needs of people who are currently unhoused. The community he serves includes many less fortunate individuals who have suffered from illness, addiction and plain bad luck. He is also developing a curriculum to formalize the training in street medicine that he has provided to countless residents over the past ten years. Dr. King strives to understand their predicament as he would his own and to help them achieve their best. He is humbled and fortunate to be able to serve these patients. 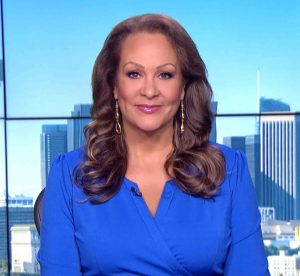 Tanya McRae is an Emmy Award winning television producer and two-time Emmy nominated reporter. She has a diverse background working in television both in front of and behind the camera in news, docu-series, lifestyle, travel, entertainment, and talk shows. Tanya graduated from the University of Pennsylvania with a degree from the Annenberg School of Communication, and began her career in television working as an Assignment Desk Assistant for ABC World News Tonight and Nightline in New York City. Tanya has been involved in a number of organizations including being on the Board of Directors at Habitat for Humanity in Palm Springs and has been a member of Women in Television & Film, Soroptimist International, the Television Academy of Arts & Science, the Producers Guild of America, the National Association of Black Journalists, NABJLA, and a number of animal rights and rescue groups. Tanya is an Anchor and Multimedia Journalist for Spectrum News 1 here in Los Angeles, and the Host of their public affairs program, “In Focus SoCal”.

This event is free to attend. If you’d like to support the work of Venice Family Clinic please click below. Thank you!